Harold Hutton began singing at the age of five, with his professional career beginning in Detroit, Michigan after winning a talent show at the 20 Grand night club, with an invitation to Motown, where he learned about songwriting, but never got a release. Bobby moved to Chicago and signed to “Chess” records. After releasing 1 record, he changed his name to Bobby Hutton and went to “Philips” records, when he also appeared on the first “Soul Train” programme, he then went on to “ABC” records where, like his time at “Philips” records, he produced some great Soul sides. This disc from 1969 has label damage with a “Not For Sale” stamp on the flip, but the vinyl is in EXCELLENT condition, worth checking out the flip too!! 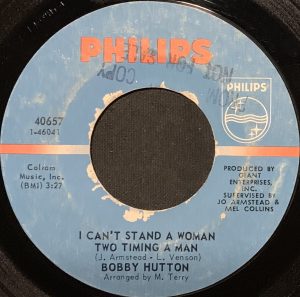 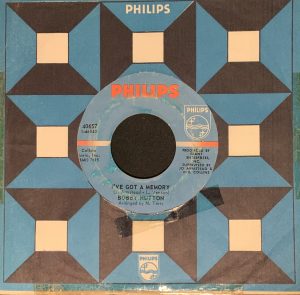