Channels – You Can Count On Me – Groove

The Channels formed in 1955 in New York featuring the singers Larry Hampden, Billy Morris, and Edward Dolphin, starting as a quintet with two additional part time members, but soon after they permanently added Earl Michael Lewis and Clifton Wright. They recorded for “Gone” records, “Fury” records, “Port” records, “Hit” records, “Enjoy” records and “Groove” records, with  the lineup changing several times over the course of the group’s lifetime. They enjoyed significant regional success on the East Coast but never charted a major nationwide hit. This disc from 1965 has some light wear and staining to the label, whilst retaining gloss, conservatively graded in VG++ condition, worth checking the flip too 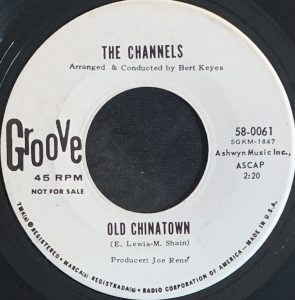 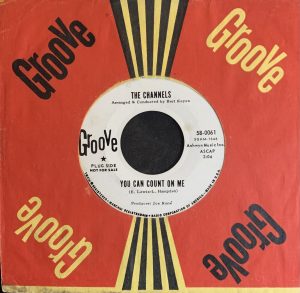