The Cooperettes were four sisters, Janette, Angela, Debbie and Tina Cooper from Germantown PA. Who began their singing career under the guidance of their mother Ethyl. Originally performing gospel as The Little Cooperettes they dropped the ‘Little’ when they switched to secular music. Still under the wing of the matriarchal Ethyl Cooper they signed to the management of respected Philly radio disc-jockey and entrepreneur Sonny Hopson (The Mighty Burner) securing a recording deal with Brunswick Records in 1966. Their first release “Goodbye School/Goodbye School (Inst)” BR-55296) made sufficient noise in and around Philadelphia for Brunswick Records to release a second 45 “Everything’s Wrong/Don’t Trust Him” (BR-55307), a cover version of the Chubby Checker song from the previous year becoming a local hit for The Cooperettes. The Cooperettes third and final Brunswick release was to be the Harthon Productions produced dance theme song “Shing-A-Ling/(Life Ha) No Meanings Now” (BR-55329) a 1967 release that would later through its instantly recognizable drum roll introduction become an all time classic within the UK Northern Soul Scene. Sonny Hopson would later secure the girls a second recording deal with a major label with the 1968 Morris Bailey penned song “Trouble” gaining a release on the ABC label, released twice with different flipsides, “Peace Maker/Trouble” (45-1156) and “Spiral Road/Trouble” (45-1197) The Cooperettes final release would be the1971 mid-tempo crossover outing “Win All Your Love” b/w the sister funk dancer “Satisfaction” released on the IDB label (I-D-B 1007). The I and D being the initials of the former label owners christian names the late Irving Neiburg and Danny Odom. Danny Odom was also the former manager of the Philly hit group The Intrigues of “In A Moment” fame with the B in IDB being taken from the local label name Bullet which The Intrigues hit “In A Moment2 was first released on.The youngest Cooper sister Tina would later marry Danny Odom. The Toppiks were an all male vocal quartet featuring Theodore (Ted) Mills, Charles Henderson, Ronald Nelson and a fourth member only remembered by the name of Chuck. As the Toppiks the group recorded a solitary release the sweet sounding “Give It A Chance To Grow/Surrender” (Larsam 12739) with Larsam being derived from the two owners, Sam Reed and Philadelphia Deejay Larry Daley’s christian names. Both songs were written by R.E.Whitfield, Sam Reed and Ted Mills. Sam Reed being the respected Jazz saxophonist and one time leader of Philadelphia’s revered Uptown Theatre’s house band. Sam also produced Patti LaBelle & The Bluebells 1969 recording “Loving Rules” (Atlantic 45-2629)a song written by his former wife and Bluebelle’s member Sarah Dash. The Toppiks would during 1972 audition for the Philly based WMOT Production Company alongside another group called The Shades Of Love. WMOT felt that The Shades Of Love (whom they contractually owned) lacked a strong lead singer, so they made the decision to release the other members of The Toppiks and signed Ted Mills only to WMOT as a singer/songwriter and then installed him as the new lead singer of the Shades Of Love. Ted alongside original Shades Of Love members brothers Vernon and Wendell Sawyer, Keith ‘Duke’ Beaton and Richard Pratt later underwent another name change to become the hit group Blue Magic who through WMOT signed to Atco records and went on to score several billboard hits including their million seller “Sideshow” and a gold album “The Blue Magic”. Renowned for their slower ballads and choreographed stage shows the group went into decline due to the musical shift to disco in the late 1970’s although they continued to record for the Atco, Capitol, Mirage and Columbia labels. Ted ‘Wizard’ Mills in 2007 recorded the “3 Tenors Of Soul” album with original Stylistic’s lead singer Russell Thompkins Jr and William Hart of the Delfonics. 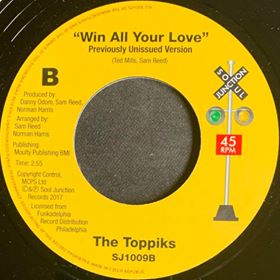 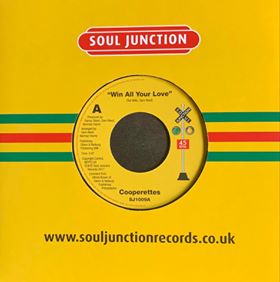