Darrel Banks – Its Not Fair To Me – Cannonball

Darrell Banks’ Atlantic Boxing Day 1967 sessions were thought to be lost forever, not even the historical archive of Atlantic Studios kept records of it.
This song was recorded the same day and at the same Studios of Aretha Franklin sessions in New York and for some reasons the masters were lost for decades. The cooperation between Cannonball Records and Detroit’s finest, Peoples Records dates back to the #004 Big Lee Dowell. The slow ballad on acetate that later became the record many of you know as “What I Done Wrong” in fact was among the tens of tracks listened to by Alberto, the creative driving force of Cannonball, and Brad Hales during a sleepless winter night 5 years ago in Detroit.
The pair have been doing projects together ever since. This beautiful previously unissued recording that was part of a session Mr. Banks did on Boxing Day of 1967 at the legendary Atlantic Studios in New York is the next monster release from Cannonball.
In particular 2 of the songs recorded on that day were lost for decades. Here Cannonball present one of them, giving it the deserved release it never had. No one knows how the acetate made it there, but it was found and physically restored by Brad in Detroit and being such an important find for the world of Soul Alberto and Brad eventually managed to track down and inform Darrell’s’ sister Lois, who rounded up what remains of the family and gave us the green light to move ahead with the project.
Cannonball are testing the beta version of a new little software that does wonders when it comes to isolate vocals and, given the bouncing nature of the original song, Alberto just thought a humble groovy alternate version would have been just perfect for the flipside and this is delivered it true Cannonball style.
Being the man a treasured icon of the Northern Soul scene there’s plenty of bibliography out there that tells about the incredible Artist, Darryl Banks, who was moody and quick tempered although an overall mighty entertainer, so there’s no point in repeating his life and career background here.
Cannonball are proud to release a previously unissued song from the great artist Darrell Banks who was shot to death by a cop in the streets of Detroit on a spring day of 1970.
MD Records are proud to be able to brig you such great releases from other Independent labels that are forging the way ahead with the voices of Lost Soul. 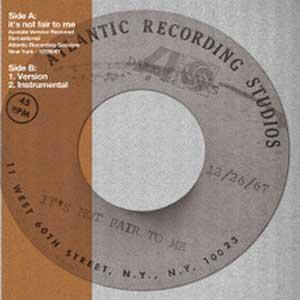 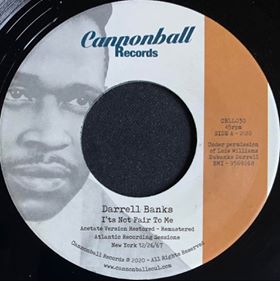 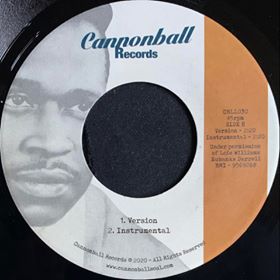