Delectus Clark or Delecta Clark, Jr. was born on November 7th, 1938 in Blytheville, Arkansas, and moved to Chicago in 1941. Clark made his first recording in 1952 as a member of the Hambone Kids on “Okeh” records. In 1953, he joined the Goldentones, who later became the Kool Gents. Clark embarked on a solo career in 1957, for “Abner” and “Vee Jay” records. He moved to “Constellation” records, then for “Columbia” records, “Wand” records, “Liberty” records and “Rocky” records, with a brief revival in 1975 when his disco song “Ride a Wild Horse” became a surprise Top 30 hit in the UK Singles Chart,
Afterwards, Clark performed mostly on the oldies circuit until his sad death on December 7th, 1990, in Smyrna, Georgia. This disc from 1967 has some superficial scuffs and a very feint stress fracture (NOT a crack), with some staining on the label, conservatively graded in VG+ condition, worth checking out the flip too 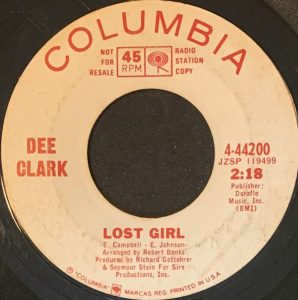 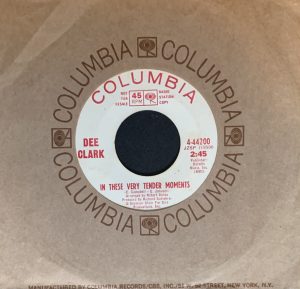