The song is more widely known through the version recorded by the group Masterplan in 1974 as part of their trilogy of 45 releases on the West Coast Fos-Glo label, with this particular release being later picked up and released on The East Coast Delite label. The story behind Jess’s solo version began 3 years earlier when following his first spell with the 20th Century label Jesse found himself without a label feeling a little disillusioned with major labels but undeterred in his own ability he decided to finance and record his own masters. Hence on 29th of April 1971, Jesse entered the Searra Sound Studio in Berkley C.A under the direction of producer and friend Willie Hoskins (Wilhos Productions, and the man who gave the world the Natural Four on Boola, Boola and ABC, prior to them joining Curtis Mayfield at Curtom). Jesse recorded a five song session, with one particular song being the Stanley Lippett composition “(The Girl In) Clinton Park”. Lippett who prior to becoming part of the Wilhos Productions team sang with the early 60’s group The Five Brooks before recording two very sought after Northern Soul 45’s “The Stran” and “Outta Sight Loving” for Dick Vance’s Out Of Site Label. Stanley later joined Marvin Holmes & The Uptights Band. It had been Marvin Holmes (he of Brown Door Records fame) who introduced Stanley to Willie Hoskins with Stanley subsequently joining Boola Boola Records and Wilhos Productions. Stanley repaid Marvin for this introduction by composing a song based on Marvin’s 3 year daughter, she being the actual girl from Clinton Park!

Returning to Jesse James, two other songs from this session, a cover version of Etta James “At Last” and “I Know I’ll Never Find Another” did gain a release at the time on the Zay label. 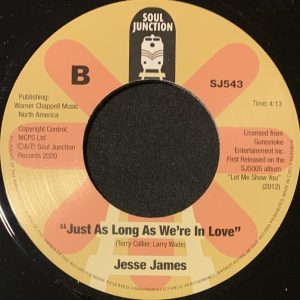 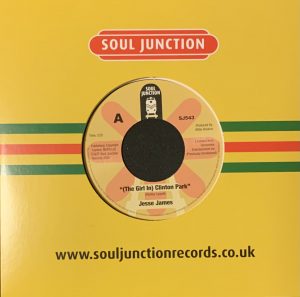