Marvin Gaye – When I Had Your Love – Tamla

Marvin Pentz Gay Jr.was born on April 2nd, 1939 in Washington, D.C. and started as a member of the Moonglows in the late f1950’s, venturing into a solo career after the group disbanded in 1960 signing with the “Tamla” subsidiary of “Motown” records, where he had a massive catalogue of successful recordings through the decades until his untimely death on April 1st, 1984 in Los Angeles, California. This disc from 1966 has a “drill hole” otherwise is in EXCELLENT condition, well worth checking out the equally good flip!! 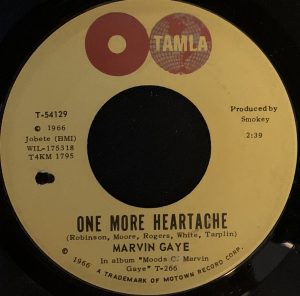 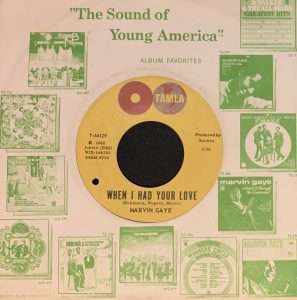