Mickey Foster and Emil Carter first played together in a Latino soul group called The Royal Tokens in San Antonio, Texas in the late 1960’s. The two split from the group to form a new band; picking up George Salas and Gilbert Rivera, they called themselves “The Fabulous Four”. After further lineup changes, the group became “The Fabulous Five”, “Mickey and the Fabulous Five” and lastly “Mickey and the Soul Generation”. Their 1969 single, “Iron Leg”, was picked up for distribution nationwide by “Maxwell” records, and after a second release, the group went on tour, opening for Sam & Dave, The Supremes, Clarence Carter and Kool & The Gang. After moving to New York the group split with its label over monetary disputes and returned to Texas. Further recording ensued at local studios, but the group soon splintered, recording its last singles in 1973. This disc has some superficial scratches to the vinyl, with some wear to the label, conservatively graded in VG+ condition, worth checking the flip too 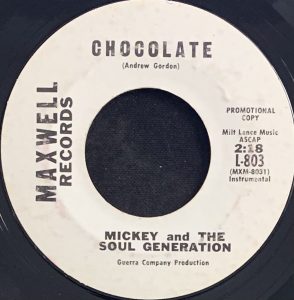 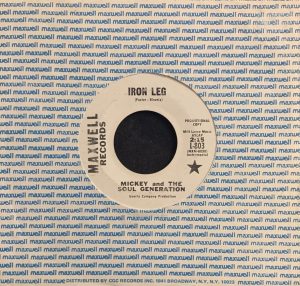