Otis Leavill Cobb was born on February 8th, 1937 in Dewey Rose, Georgia. His first record was released on “Mercury” records subsidiary “Limelight” records. His next release, “Gotta Right to Cry,” came out on “Lucky” records. His third release, “Let Her Love Me,” in 1966,reached number 31 on Billboard’s R&B chart for “Blue Rock” records, then cutting some more records for the label. He became Carl Davis right hand man at “Okeh” records, discovering the Chi-lites, Tyrone Davis and Bohannon. When Carl Davis formed “Dakar” records, he appointed Otis Leavill as Vice-President and gave him shares in the company. Leavill also recorded for the label. After “Dakar” record’s demise, Carl Davis went to “Brunswick” records, Otis Leavill followed and had a few releases. His releases after that were sporadic,  with releases on “Columbia” records amongst others. Otis Leavill sadly died on July 17th, 2002. This disc from 1966 has some marks and scuffs to the vinyl, conservatively graded between VG and VG+ condition, worth checking out the flip 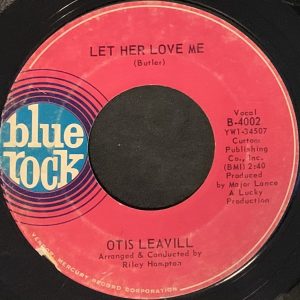 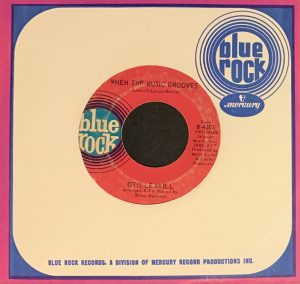