Rocky Padilla has been in the music business for over 42 years and has been around The U.S. Touring, making people happy and making them dance. Formally a member of Sugar Style in the late 1980’s early 1990’s then one of the Co-Founders of The Hispanic M.C’s, also with Steve Salas’s Tierra from 2004 to 2009, he was also a part of the group War in 1992 recording and touring with War for two years. While playing 6 different Instruments and taking over any size  show, Rocky has a, “one of a kind”, Stage presence, along with Mesmerising vocal talents, Rocky is a professional from start to finish. On tour with Lowrider Magazine with The Hispanic MC’s from 1989 to 2000, he toured throughout California, Arizona, New Mexico, Texas, Nevada, Florida, Illinois, Hawaii as well as New York,  and The whole East Coast. In the summer of July 2019 Rocky Padilla signed with Industry Music Group and is currently working on his newly anticipated album. 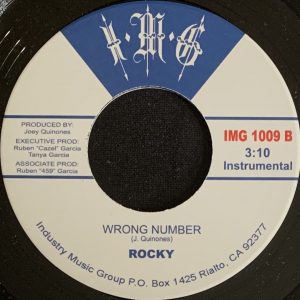