Roger Collins Jr was born on August 20th 1940 in Santa Anna, Texas, moving to San Francisco, California as a teenager. He sang in clubs, and in the early 1960s was signed by “Fantasy” records, who issued his records on their subsidiary “Galaxy” records, and had a relatively successful career. After touring with Joe Tex, Collins converted to Islam, changing his name to Rajah Kasim Sabrie and largely retiring from performing in 1974, later establishing an appliance repair business in Oakland. He also set up Garden Tree Music to release his own recordings. This disc is in EXCELLENT condition, worth checking the flip 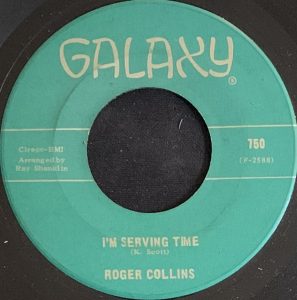