RENA SCOTT, vocalist extraordinaire of international acclaim, treats us to a soulful, jazzy single pulled from her musical vault! Following the success of her 1979 debut LP, Rena was hired to replace Randy Crawford as singer for The Crusaders, then at the peak of their fame. Alongside legends Joe Sample, Wilton Felder and Stix Hooper, with sidemen Eddie Watkins on bass and Barry Finnerty on guitar. Rena went on to tour across the US and Europe, performing to crowds of up to fifty thousand at many top R&B/Jazz festivals, including the fabled Montreux. DRIFTIN’ ON A DREAM was penned in 1982 by Rena herself and the late, great Skip Scarborough, and recorded in 1983 with The Crusaders. Though their saxophonist, Wilton Felder, had included it as an instrumental on his own ‘Gentle Fire’ album that year, Rena’s captivating original vocal version was never released in any form until now, 37 years later. Remastered for vinyl. On the B Side Izipho present KICK IT, another previously unreleased track recorded in 1995; a ‘Between The Sheets’ styled groover. Beautifully presented in a picture sleeve, this is a ‘must have 45’ for the discerning record collector. 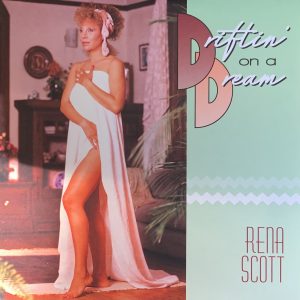